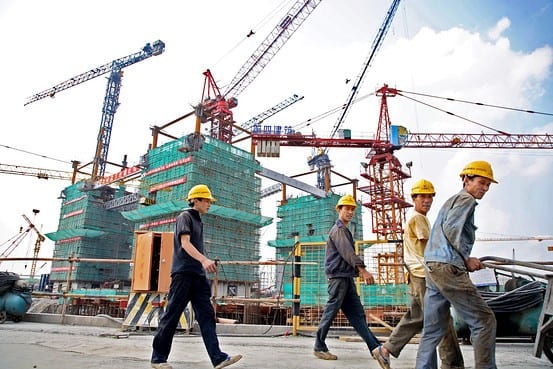 The UK “needs Chinese investment”, the Chinese ambassador said on Sunday, one day before President Xi Jinping begins his visit to the UK.

Discussing the highly anticipated agreement for the construction of a nuclear plant at Hinkley Point, Liu Xiaoming said it was “in the best interests of Britain and also in the interest of partnership between China and UK”.

That came as EDF’s chief executive said that he hoped to announce an agreement with Chinese investors in the near future, although he added there was no certainty it would happen during Jingping’s visit. Negotiations are in the final stages, he said.

“If all goes well, we will be able to announce major news in coming days; the first nuclear new-build in Europe since the Fukushima accident,” Jean-Bernard Levy told French television station iTELE.

Oxford Instruments shares should be sold

That the international travel sector is, thanks to the Covid-19 pandemic, in a bit... END_OF_DOCUMENT_TOKEN_TO_BE_REPLACED

With a growing number of economists arguing there is a high chance we are... END_OF_DOCUMENT_TOKEN_TO_BE_REPLACED

While most still caveat the argument with the get-out clause it is far from... END_OF_DOCUMENT_TOKEN_TO_BE_REPLACED

Natural gas prices have rocketed with Russia accused of managing supply to drive up... END_OF_DOCUMENT_TOKEN_TO_BE_REPLACED

After their valuations boomed in 2020, the UK’s online fast-fashion giants of Asos and... END_OF_DOCUMENT_TOKEN_TO_BE_REPLACED