Markets have reacted neutrally to the announcement that consumer goods giant Unilever is to sell its tea division, including the PG Tips and Lipton brands, for €4.5 billion (£3.7 billion). Despite the size of the deal the Unilever share price has gained just 0.7% today to pare losses over the past week back to 1.65%.

The collection of tea brands is to be acquired by private equity firm CVC Capital Partners who outbid rivals Advent, Carlyle, also private equity buyers, and a consortium that saw the Abu Dhabi Investment Authority team up with Cinven. The sale was agreed by an auction process in which all the bidders named made it to the second and final round, which CVC eventually won. 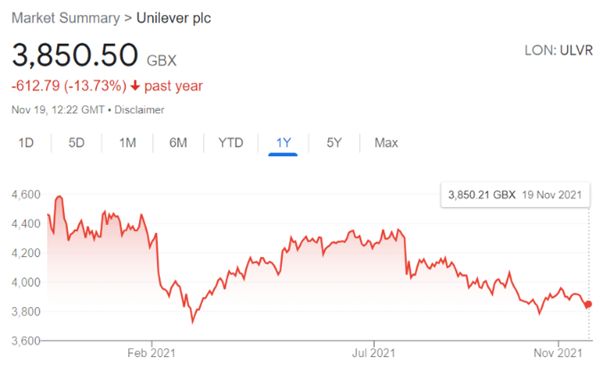 The muted reaction to the large divestment is being attributed to the fact analysts had believed the sales price could have reached £4 billion rather than the eventual sum of around £3.7 billion. The lower figure was already largely priced in with the sales process of the tea business in motion for nearly two years now. Unilever first told investors it was “reviewing options” (code for trying to find a buyer) for the unit.

Tea sales have been in decline in recent years with younger demographics increasingly preferring either coffee or more exotic alternatives such as kombucha and matte. Spinning the tea business out as an independent public company was also considered before the decision to instead seek a straight sale to an outright buyer.

The business that CVC Capital Partners is to take ownership has a history of well over one hundred years. Lipton was founded in 1890 when its namesake founder Sir Thomas Lipton, a Scot, purchased a tea estate, his first, in Ceylon (modern Sri Lanka). The wider tea business, recently rebranded Ekaterra, now owns 34 brands from traditional names such as Brooke Bond to newer brands like Pukka.

Last year Ekaterra brought in €2 billion in revenues for Unilever. It buys as much as 5% of the world’s total tea supply and owns 11 factories and tea estates spanning 750,000 farms in Asia and Africa.

“We are proud of the place that our tea business has in our company’s history. We look forward to seeing Ekaterra, with strong brands and global footprint, prosper under CVC’s ownership.”

The deal agreed with CVC is, said Unilever, on a debt and cash-free basis. It also excludes the tea business in India, Nepal and Indonesia as well as its joint venture with PepsiCo, which produces the Lipton ice tea brand.

The initial presumption was that another major tea business would be the most likely buyer but the sector’s fragmented nature meant there was no strategic rivals able to make such a large acquisition.

Private equity, however, stepped up to the plate. CVC managing partner Pev Hooper said of the deal on behalf of his company:

“Ekaterra is well positioned in an attractive market to accelerate its future growth and to lead the category’s sustainable development. We look forward to working with the team to realise Ekaterra’s full potential.”

Even before another €4.5 billion was added by the Ekaterra sale, European private equity transactions in 2021 had recently been confirmed as having set a new annual record of €164.7 billion to comfortably exceed the previous record of €160 billion set in 2007. Unilever’s last sale to private equity was its 2019 disposal of its Flora spreads business to KK£ for £6 billion.