Unilever share price up 9.5% on news activist investor is joining board

The share price of London-listed consumer goods giant Unilever gained 9.4% yesterday after it was announced the high profile activist investor Nelson Peltz has been invited onto its board. The company’s valuation has slipped back 2.5% today but the overall lift indicates investors believe Peltz, who runs the activist investment vehicle Trian Fund Management, can help positively shake things up at a company many feel has been treading water in recent times.

The announcement that Unilver’s board had offered Peltz a seat was made at the same time as Trian revealed it had acquired a 1.5% stake in the company worth around £1.4 billion. Unilever owns a broad portfolio of consumer goods brands including the Dove range of personal hygiene products and Magnum’s ice cream. 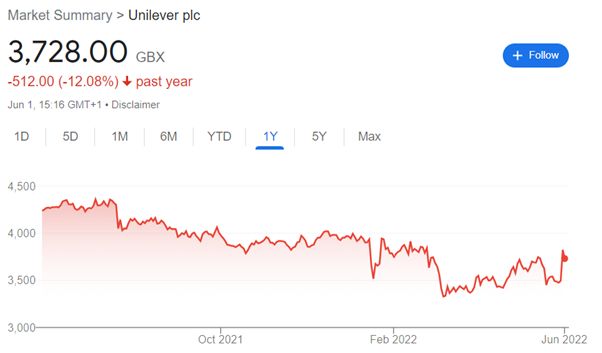 While a 1.5% stake would not necessarily ordinarily be enough to push the board into offering a seat on the board, it is being reported that influential shareholders encouraged the move behind the scenes. They were impressed by the American’s track record of improving shareholder returns at companies his hedge fund has targeted in the past.

That includes at Unilver’s consumer goods peer Proctor & Gamble, where he won a board seat in 2017 after a long battle. His influence was seen as key to the company’s subsequent turnaround. He has also sat on the boards of Mondelez and HJ Heinz, both large American consumer goods groups. He has also sat on the board of the UK asset manager Janus Henderson since February.

There were, however, also concerns among some investors that Peltz will push a short-term approach designed to maximise revenues and profits but raising questions over its long term sustainability. The Unilever board has reportedly scheduled calls with investors ahead of the bank holiday weekend to assuage such concerns.

Hermann Soggeberg, who is president of Unilever’s European Works Council expressed such concerns with:

“We have concerns that major changes for Unilever are imminent. I am afraid that the pressure to reach higher and higher margins will be even worse.”

“looking forward to working collaboratively with management and the board to help drive Unilever’s strategy, operations, sustainability and shareholder value for the benefit of all stakeholders”.

“Nelson’s experience in the global consumer goods industry will be of value to Unilever as we continue to drive the performance of our business.”

Unilever generated sales of €52.4 billion last year and owns a portfolio of some 400 consumer brands. It has had a turbulent year so far after failing with a £50 billion bid for GlaxoSmithKline’s consumer unit, which the pharma giant plans to spin out as an independent public company in July. The company subsequently tried to placate disgruntled investors with the launch of a €3 billion share buyback programme. However, it then disappointed with a downgrade of its margin forecast for the year, citing inflationary pressures.

One option for Unilever to generate better returns for investors could be a move other big investors in the company have already called for – splitting the company. Peltz has previous experience in that approach having previously agitated for the separation of Mondelez from Kraft, when went through. He also campaigned for Cadbury to split its confectionary and drinks businesses.