Vacant Dominick’s building in Carpentersville up for auction 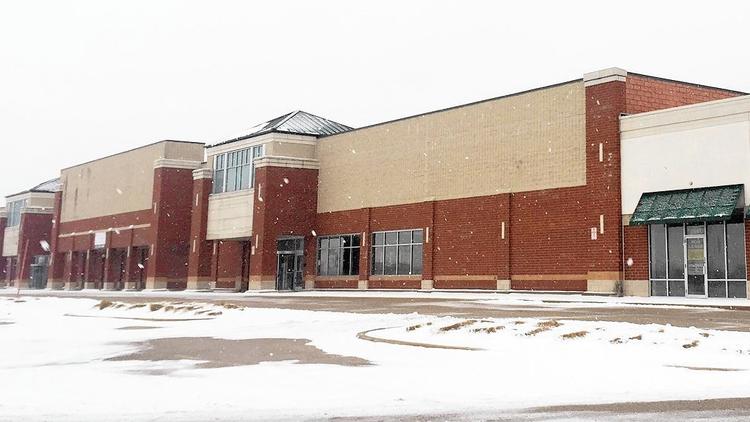 The former Carpentersville Dominick’s building is headed to the auction block next month.

Located in the Prairie Meadows Shopping Center at 2411 Randall Road, the store closed its doors in 2011.

While village officials sought out a new tenant for the 65,000-square-feet building “there hasn’t been much interest for another commercial use there,” said Patrick Burke, Carpentersville’s economic development director.

Albertson’s, the parent company of Jewel-Osco, took over many of the old Dominick’s sites and were able to sell off some of them, Burke said.

“But still quite a few haven’t been able to find another user. Carpentersville is one such case,” he said. “They decided to put it up for auction. It’s another way to get some attention on this site.”

Burke said because of the site’s zoning, a variety of uses could go on the site, including office space.

“Other than really industrial it’s a very general commercial zoning there,” he said.

Village officials would like to see the property stay on the tax rolls.

“But we’d also like to see something that would drive traffic to that area,” he said. “That would certainly help the strip center right next to it and the ones across the street.”

According to the listing on Auction.com, the former Dominick’s property “has tremendous visibility along Randall Road with a traffic count of 39,200 and ample frontage with a pylon sign.”

That the international travel sector is, thanks to the Covid-19 pandemic, in a bit... END_OF_DOCUMENT_TOKEN_TO_BE_REPLACED

With a growing number of economists arguing there is a high chance we are... END_OF_DOCUMENT_TOKEN_TO_BE_REPLACED

While most still caveat the argument with the get-out clause it is far from... END_OF_DOCUMENT_TOKEN_TO_BE_REPLACED

Natural gas prices have rocketed with Russia accused of managing supply to drive up... END_OF_DOCUMENT_TOKEN_TO_BE_REPLACED

After their valuations boomed in 2020, the UK’s online fast-fashion giants of Asos and... END_OF_DOCUMENT_TOKEN_TO_BE_REPLACED