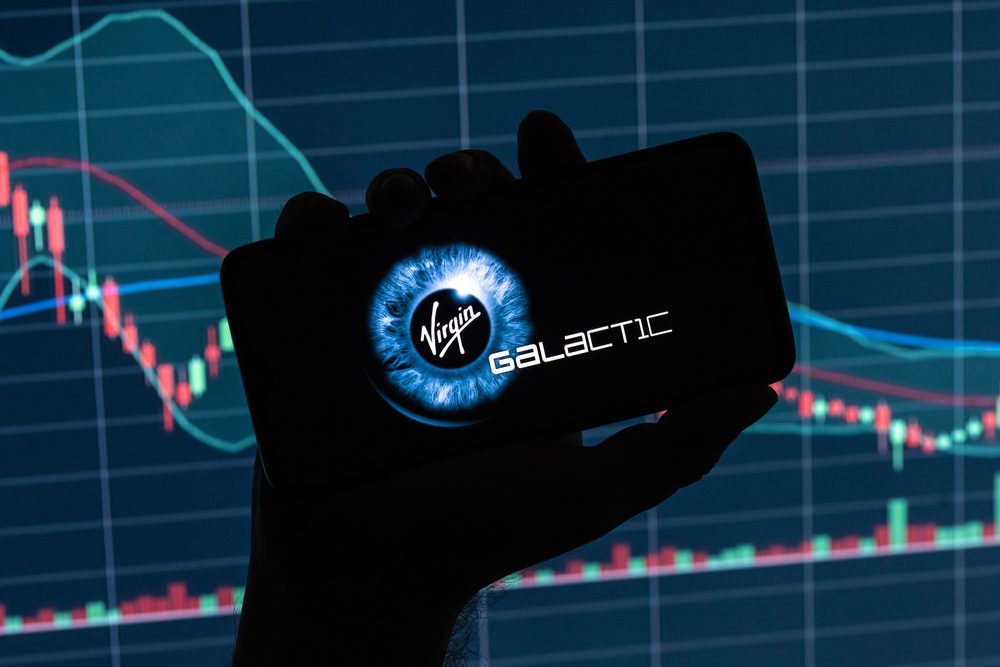 The Virgin Galactic share price has dropped a little over 14% in after hours trading after the sub-orbital space tourism company yesterday announced a delay to the launch of its planned commercial space travel service. Commercial flights into the upper reaches of the Earth’s atmospheric boundary with space, or near space as it is referred to, were expected to commence early next year.

The service’s launch date has now been pushed back to the final three months of 2022. The decision was taken after a recent laboratory-based test carried out by the company

“flagged a possible reduction in the strength margins of certain materials used to modify specific joints.” 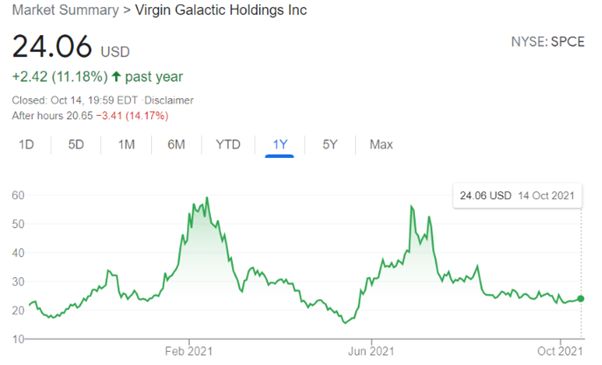 As a result, Virgin Galaxy will now start a

“Our decisions are driven by detailed and thorough analysis, and we fly based on the most accurate and comprehensive data available. Virgin Galactic vehicles are designed with significant margins for safety, providing layers of protection that far exceed loads experienced and expected to occur on our flights.”

“The re-sequencing of our enhancement period and the Unity 23 flight underscores our safety-first procedures, provides the most efficient path to commercial service, and is the right approach for our business and our customers.”

The “re-sequencing” of work on Virgin Galaxy’s spacecraft and carrier aircraft will also mean a test flight scheduled for this month is being pushed back to next year until a new programme of work to “enhance” the craft has been completed. The programme will aim to improve the performance and capability of the company’s spacecraft. Colglazier insisted the company’s new plan was, under the circumstance, now “the most efficient path” to the launch of commercial services.

Virgin Galaxy founder Sir Richard Branson was a passenger this summer on his company’s VSS Unity’s 22nd test flight and became the first of the billionaires engaged in their own private space race to travel into space, or sub-orbital space, himself on his own spacecraft. In doing so he beat Amazon’s Jeff Bezos and Tesla’s Elon Musk to the punch.

Bezos’s Blue Origin yesterday carried Star Trek’s William Shatner into space on its second flight to carry human passengers. Bezos was onboard the first flight, which took place shortly after the Branson’s maiden voyage. At 90, Shatner becomes the oldest human to have travelled into space.

Sir Richard founded Virgin Galaxy in 2004 with the aim of developing spacecraft that would launch a new era of space tourism, for the first time allowing anyone who can afford a ticket the opportunity to travel into space from its New Mexico spaceport. The company has a current market value of around $6 billion.

That the international travel sector is, thanks to the Covid-19 pandemic, in a bit... END_OF_DOCUMENT_TOKEN_TO_BE_REPLACED

With a growing number of economists arguing there is a high chance we are... END_OF_DOCUMENT_TOKEN_TO_BE_REPLACED

While most still caveat the argument with the get-out clause it is far from... END_OF_DOCUMENT_TOKEN_TO_BE_REPLACED

Natural gas prices have rocketed with Russia accused of managing supply to drive up... END_OF_DOCUMENT_TOKEN_TO_BE_REPLACED

After their valuations boomed in 2020, the UK’s online fast-fashion giants of Asos and... END_OF_DOCUMENT_TOKEN_TO_BE_REPLACED