Indications of a recovery for the USA’s pandemic battered services sector yesterday encouraged investors to push Wall Street to new record highs. The broad-based S&P 500 and Dow Jones industrial average indices both closed to new record highs yesterday. The tech-heavy Nasdaq also saw gains and despite a significant correction after setting its historical high in February has now recovered to within 2.77% of that peak. 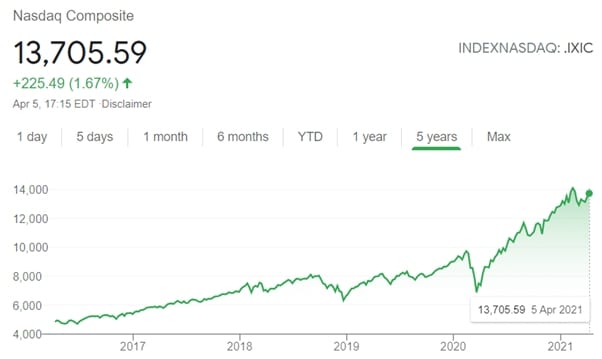 Economic data released yesterday showed a strong recovery in employment last month with 916,000 new jobs added to the economy. The Covid-19 vaccines roll-out and easing of lockdown restrictions stimulating a return to activity. 176,000 of those jobs came as a result of bars and restaurants reopening – a trend expected to continue this month.

Economists are forecasting an even better April with expectations for a million new jobs created. That confidence is based on non-farm payrolls growing at their fastest pace in seven months over March. The monthly non-farm payrolls indicator is generally seen as the single most illustrative piece of data on how the overall U.S. economy is doing. It shows how many employees were hired or fired in a given month, excluding the seasonal variation of farm employment.

Expectations are now for 2021 to see the U.S. economy expand at a faster rate than over any other calendar year in almost four decades. Another important economic indicator, the Institute for Supply Management’s non-manufacturing activity index, reached a reading of 63.7 – its highest point ever and ahead of forecasts. The index is a measure of the services sector, which accounts for nearly 70% of America’s economic activity. 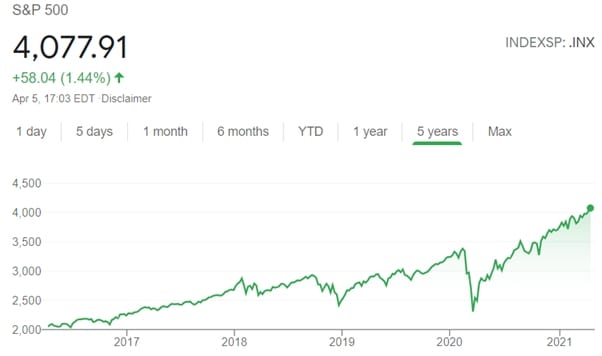 A strong economic recovery seemingly taking root and, at least for now, ahead of schedule is a major boost for the U.S., following the worst year for GDP since the end of the Second World War. The accelerated recovery has been made possible by a combination of a successful roll-out of the nationwide vaccination programme, loosening of lockdown restrictions and President Biden’s unprecedented $1.9 trillion stimulus package.

The Federal Reserve now forecasts U.S. GDP growth of 6.4%. If that expectation is met it will be the American economy’s best rate of growth since 1984.