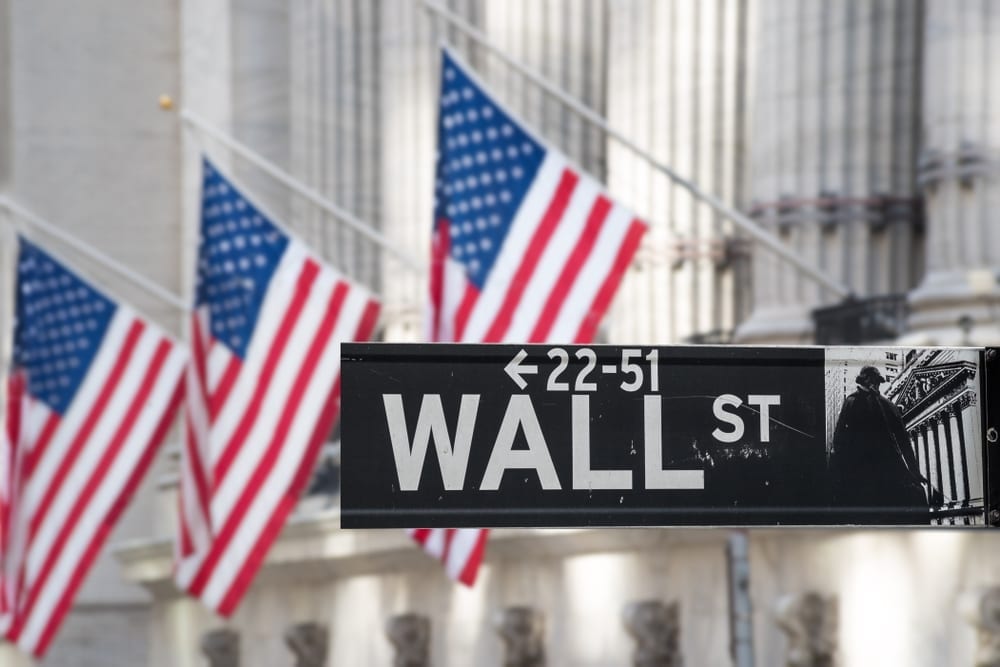 Investors were encouraged by a combination of the suspicion markets were oversold last week with hope of stimulus packages and rate cuts being launched by major central banks around the world. The Fed is now expected to cut rates by a whole 0.75% when it meets on March 18th.

Here in the UK, the Bank of England’s response to the coronavirus crisis is anticipated as a 0.5% rate cut to be announced when its governors meet on March 26th. Even the European Central Bank, which already has a minus 0.5 deposit rate in place is expected to contribute with an incremental trim to minus 0.6%.

Last week global stock markets lost over $3 trillion in value, with major international indices losing an average of 10% – the technical threshold for an official market ‘correction’. That has prompted a conference call between G7 finance ministers and central bank governors to be held today. The output is expected to be a coordinated response to the economic meltdown. The call will be led by US treasury secretary Steven Munchin, alongside Fed boss Jerome Powell.

The IMF and World bank also yesterday promised to exercise their powers to intervene “to the fullest possible extent”. Christine Lagarde, who leads the ECB, last night announced the bank is keeping a close eye on developments and is ready to act:

“We stand ready to take appropriate and targeted measures.”

Market belief a robust and joined-up response is imminent from global head of finance saw the Dow Jones surge by 5.1% yesterday – both a new record and its largest one-day points gain since March 2009. The S&P 500, the broadest of the three benchmark index gained 4.6%, with the tech-focused Nasdaq just behind with its own 4.5% gain.

In the UK, the London Stock Exchange’s FTSE 100 index started Monday strongly, bounding up 2.9%. Those gains were eradicated on an announcement by the Organisation for Economic Co-operation and Development that warned coronavirus disruption could chop the year’s global growth rate in half. However, the early surge on Wall Street encouraged UK investors back, concluding in a 1.1% return for the day. With Asian markets up higher this morning – Japan’s Nikkei gained 0.95% and China’s Shanghai Composite 3.15%, there is a strong chance the European and UK markets will also hold onto early gains. As of midday, the FTSE 100 had gained over 2%. 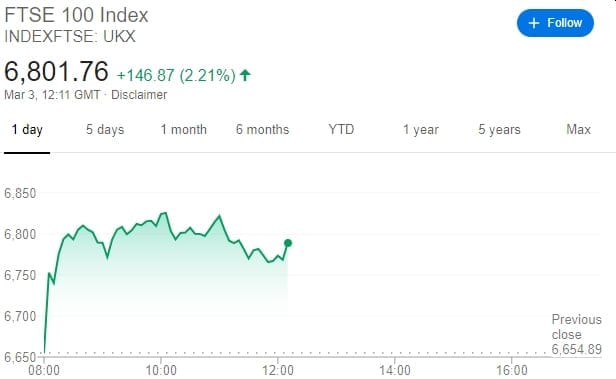 A little over a week into 2022 we’ve already experienced some major market movements.... END_OF_DOCUMENT_TOKEN_TO_BE_REPLACED

One of the FTSE 100’s current disadvantages, when it has come to attracting international... END_OF_DOCUMENT_TOKEN_TO_BE_REPLACED

Did you know you could build wealth by investing in Lego? A study suggests... END_OF_DOCUMENT_TOKEN_TO_BE_REPLACED

With most major stock markets around the world spending time at or near record... END_OF_DOCUMENT_TOKEN_TO_BE_REPLACED

For years, Baillie Gifford’s technology funds have been driving outsized returns for the mainly... END_OF_DOCUMENT_TOKEN_TO_BE_REPLACED