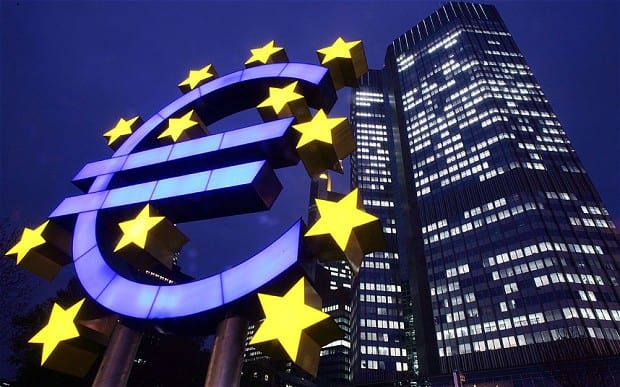 European Central Bank President Mario Draghi is in the spotlight next week as analysts anticipate he will announce big changes to policy to address prolonged low inflation.

The ECB’s Governing Council is expected to cut the deposit rate and to introduce further quantitative easing when it publishes its policy decision next Thursday.

Amid low inflation, concerns about the stagnant Eurozone economic recovery and worries about the potential impact of the slowdown in emerging markets, the ECB has been under mounting pressure to take action.

In light of the challenges, policymakers were said to have been considering options such as staggered charges on banks hoarding cash, according to a Reuters report earlier this week.

“We have changed our view and now expect the ECB to cut the deposit rate by 20 basis points (previously 10bp) accompanied by a two-tier deposit rate system,” said Dankse Bank analysts.

“Our changed view reflects that none of the ECB members have argued against the aggressive pricing of more than a 10bp cut together with this week’s Reuters’ article suggesting the ECB is considering a larger deposit rate cut.”

The analysts added that they see no change to interest rates but anticipate the ECB will expand QE purchases to €75bn per month until December 2016, past the originally intended September deadline.

Societe Generale predicts the ECB will cut the deposit rate by 10bp, drop the reference to September 2016 as a possible end-date of QE, along with an increase of €10-20bn in monthly asset purchases, including corporate bonds. The bank also reckons an extension of targeted longer-term refinancing operations is on the cards.

“Crucially, we look for signs that the ECB will have sufficient volumes of assets to purchase even as the programmes are extended, by signalling its willingness to venture into new asset classes – we expect corporate bonds to be added now and possibly regional government debt later,” said SocGen analyst Anatoli Annenkov.

“It may also take the opportunity to set the deposit rate as close as possible to their current view of the ‘effective’ lower bound, depending on the combination of measures, while introducing a two-tier charge on excess liquidity.

Annenkov noted that expectations of policy changes were high so the risk of disappointment was also high.

However since “concerns are correctly focused on the structural headwinds to the inflation outlook (not due to external downside risks in our view), there is really no point in holding back or saving ammunition at this stage”, the analyst said

That the international travel sector is, thanks to the Covid-19 pandemic, in a bit... END_OF_DOCUMENT_TOKEN_TO_BE_REPLACED

With a growing number of economists arguing there is a high chance we are... END_OF_DOCUMENT_TOKEN_TO_BE_REPLACED

While most still caveat the argument with the get-out clause it is far from... END_OF_DOCUMENT_TOKEN_TO_BE_REPLACED

Natural gas prices have rocketed with Russia accused of managing supply to drive up... END_OF_DOCUMENT_TOKEN_TO_BE_REPLACED

After their valuations boomed in 2020, the UK’s online fast-fashion giants of Asos and... END_OF_DOCUMENT_TOKEN_TO_BE_REPLACED