What does history tell us about investing during an oil crisis?

Despite headway being made with the share of the grid’s electricity being contributed by renewables, the uncomfortable truth is we are still very much reliant on fossil fuels to power our lives. That may be changing quickly and given the events of the past month unfolding in Ukraine after Russia’s late February invasion the renewables transformation will now accelerate. But in the right here and now, the price of oil, and its smooth supply, is still very important.

When the price of oil rockets, it effects almost everything that involves the use of power either in its manufacture or transport or in the provision of a service. Services also consume power. People travel to work or to meet clients, offices consume electricity to power electrical devices and lighting and have heating and cooling systems.

Even online-only services still rely on computers and telecommunications powered by electricity, a good part of which is still generated from burning fossil fuels. Professional clothes involve the consumption of power in their manufacture. You get the picture. The modern world is dependent on a combination of carbon-based fuels and electricity and much of the latter is still generated by power plants burning carbon-based fuels.

So when the price of oil and gas rockets, so does the price of everything else. Even if Russia’s oil and gas is completely removed from international markets, it is unlikely that the lights will go out, even in Europe which is most dependent on it as a supplier. At least not for any length of time. 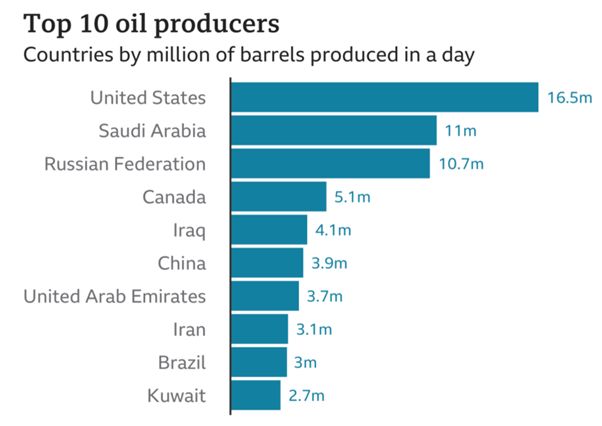 Russia is a big exporter of oil, the third-largest in the world, and accounts for around 10% of total supply. 40% of Europe’s gas supplies and 45% of imports come from Russia. But by next autumn when temperatures drop and demand rises, the world should just about be able to get by without Russian oil and gas exports.

That can be done if supply is increased elsewhere (though Saudi Arabia and the UAE are so far resisting calls to do so quickly) and flows moved from elsewhere into Europe. Moth-balled coal-fired power plants in places like Germany most reliant on Russian gas are also being brought back online as a temporary measure.

The worst case scenario would be the need to ration energy consumption in mainland Europe but that’s unlikely. At least in a way that is enforced. But even if power supplies can probably be maintained the price of oil and gas will inevitably remain elevated for probably at least the rest of this year. The only real question is just how high oil prices could go with up to $150 a barrel, or even higher, not impossible if the situation in Ukraine escalates or remains at or near to current levels. 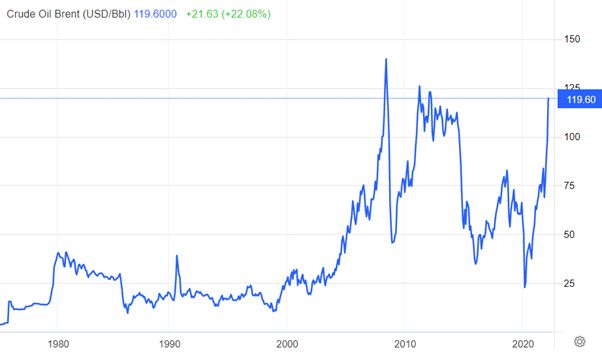 Investing for an oil crisis

If an oil crisis of some scale is seemingly inevitable, what does history show us about investing under oil crisis conditions? The good news is there have been other oil crises in the past that can offer lessons investors can learn from.

There were two oil crises in the 1970s. The first was in 1973 following the Yom Kippur War when major Middle Eastern oil producers like Saudi Arabia cut supplies to the United States and other Western countries that supported Israel. The second was in 1079 when the Iranian Revolution led to new interruptions to Middle East oil exports.

So far, oil price rises have been less dramatic than in the 1970s when the price of WTI quadrupled. So far prices have peaked at a little over $120 a barrel which was an eight-year high and 30% rise but nothing like the rises of fifty years ago. In the 1990s there was another oil price spike when Iraq invaded Kuwait and the price of oil almost doubled from $17 a barrel to $36 a barrel. However, it was rising from a low base and the spike was relatively short lived.

Between January 2007 and June 2008, the price of oil soared from $54.50 to $134 as a result of geopolitical tensions in the Middle East and quickly growing demand from China.

Stock markets have not always reacted in the same way to these oil crises. The first 1970s crisis had a devastating impact on equities. While the oil embargo only remained in place until March 1974, the oil price remained high for the next five years, contributing to stagflation, a period of high unemployment and high inflation. This resulted in a recession that hit the US between 1973 and 1975, during which the S&P 500 fell 46% between December 1972 to lows in September 1974.

The S&P 500 fell 16% between June and October of 1990 after Iraq invaded Kuwait but military intervention by the USA quickly brought oil prices down again and by early 1991 the index was at record highs.

When oil prices rose dramatically between 2007 and 2008 the S&P 500 remained steady. It was brought down later in 2008 by another catalyst, the international financial crisis. Both the S&P 500, down 50% and oil prices, down 75%, were devastated by the financial crisis and while financial markets are tightly interconnected, oil prices were not a direct cause of the event.

How will the Ukraine-Russia war oil crisis affect stock markets?

What can we learn from those past oil price spikes that could offer insight into how stock markets might be expected to react over coming months? Kieran Tomkins of research company Capital Economics offers his insight in The Times:

“Gains due to a growing economy, such as we saw in the years following the Global Financial Crisis, have often coincided with decent returns from stocks as well,” he said. “When oil prices have risen because of supply issues, as is the current case, they can be potentially more challenging for equities.” 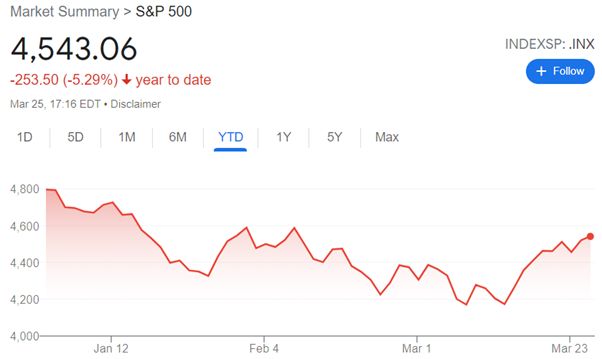 It hasn’t been good. But it hasn’t been that bad either. So are stock markets likely to fall further and potentially mimic the steep losses incurred in the 1970s? A lot could depend on inflation levels and the potential for a recession if they can’t be brought under control. Negative forecasts think its possible that inflation could soar to double figures this year. Oil prices would have a big say in that.

However, most analysts believe that while there is a heightened risk of further stock market losses, a 1973-style stock market crash is unlikely. But with valuations looking stretched ahead of this crisis, hopes for a sharp recovery and an invigorated new bull market may also be overly optimistic.