Home Latest News What is a Spac and why some fear their growing numbers point to a new dotcom crash?
Latest News

What is a Spac and why some fear their growing numbers point to a new dotcom crash?

SPACs, special purpose acquisition companies, have been registered in record numbers over the past couple of years and it’s a trend that is accelerating. Over an average year, there are 150 traditional IPOs on Wall Street. In 2020 there were just under 250 SPAC IPOs. That 2020 total was around 60% higher than the number of SPAC IPOs in the previous four years combined. 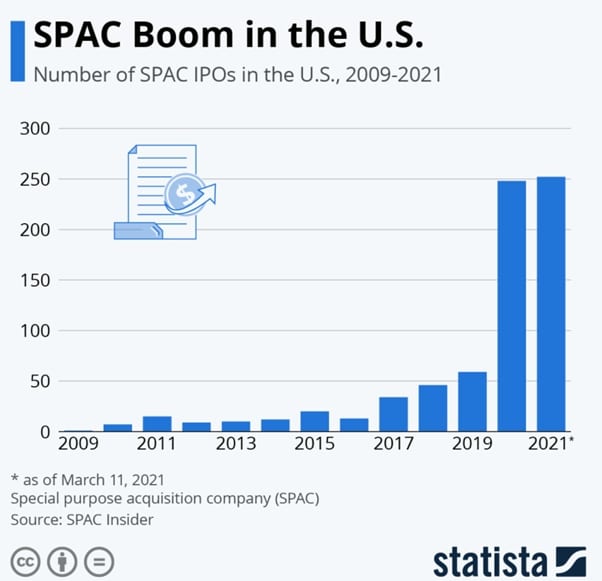 As of mid-March 2021, that record has already been smashed. 258 companies have gone public via SPACs with more than 75% of the year still ahead of us. 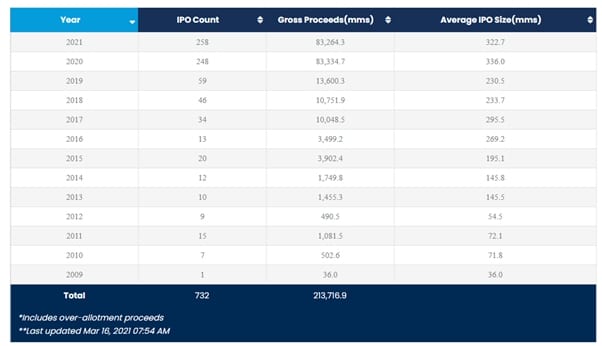 A majority of the SPAC IPOs over the past couple of years have involved high growth tech and biotech companies going public, taking advantage of the huge investor appetite for their sectors. Listing via a SPAC is cheaper, easier and faster than doing so through an IPO. And technology and other high growth start-ups are taking advantage of the mechanism to strike while the iron is hot and financial markets gobbling up shares.

What exactly is a SPAC?

The SPAC model is a simple one, which is the main attraction for a quick, relatively frictionless listing. SPACs are established and raise funds from public markets. They also often involve an initial group of larger investors providing funding based on a stated acquisition aim.

When the SPAC finds, or is approached by, a company that wants to list via a SPAC IPO terms are negotiated and the merger announced. Shareholders in the SPAC can then either accept shares in the new company or redeem their original shares at the IPO price.

A SPAC is often referred to as a ‘deconstructed IPO’. There is no ‘roadshow’, just a negotiation with the SPAC, or with a few to see who makes the best offer. For investors in SPACs, it’s the investment equivalent to buying a Kinder Egg – you never quite know what will eventually be found inside.

Listing via a SPAC is a legitimate option for any company going public. It has advantages as listed above. But a growing number of market analysts and observers are becoming concerned the huge numbers of SPACs are evidence levels of speculative investment are reaching fever point.

The most worrying factor of the SPAC IPO boom is the share prices of these listed shell companies are regularly spiking on nothing more than rumours around the companies that might reverse into them to go public. For example, the SPAC Churchill Capital Corp IV, one of a total of 7 SPACs labelled Churchill Capital Corp I-VII set up by CEO Michael Klein, recently saw its share price spike to over $58 in mid-February. 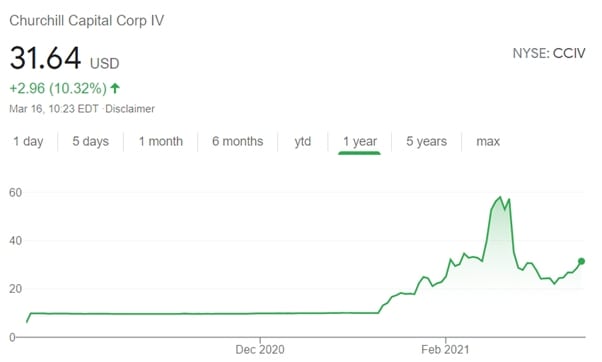 Why would investors be driving up the share price of a shell company with no active business? The SPAC’s surging valuation happened purely on the back of rumours it was to become the vehicle used by Lucid Motors to go public.

Lucid Motors doesn’t even have a car you can buy. You can ‘reserve’ a Lucid Motors model from between $300 and $7000. Delivery has been put back from a target of this spring to the second half of the year due to supply chain disruptions resulting from the Covid-19 pandemic.

But Lucid Motors has been labelled a ‘Tesla killer’ whose, as yet non-existent, all-electric sedans will prove superior to Tesla’s. That prospect and rumours that it might list via the Churchill Capital Corp. IV SPAC have been enough to drive the shell to a current market capitalisation of over $8 billion. It was worth $11.8 billion at its share price peak a month ago.

A rumour-based $11.8 billion market cap for a shell company is the kind of bizarre recent reality that is stoking fears the massive spike in SPAC IPOs is red flashing light investors are caught up in a frenzy of speculative punts on particularly tech companies. The kind of feverish enthusiasm for speculative stocks that saw the Nasdaq gain more than 500% between 1995 and March 2000.

March 2000 is a date etched in stock market history for another reason. The dotcom bubble burst, sending the Nasdaq to a loss of over 75% from that peak to its bottom in autumn 2002.

Back in 1999, SPACs were still a relatively rare beast, but their appearance then was seen in retrospect as a strong indicator that stock markets were in the grip of wild speculation. In the UK, a cash shell company called Knutsford, named for a Cheshire town near where chairman Michael Edelson lived, was listed on the AIM exchange in November 1999.

When it was announced the vehicle would resume trading after buying a newly formed shell formed by four high-profile entrepreneur, rumours swirled a high profile acquisition, possible Marks & Spencer, was on the cards. Edelson recalled recently for The Times newspaper:

The Knutsford shell didn’t actually have any specific acquisition target in mind at that point. But within a day its value had gone from £5 million to hundreds of millions of pounds more, eventually closing the week at a valuation of £600 million – over £1 billion in today’s money when adjusted for inflation.

It wasn’t until the following summer that Knutsford did make and acquisition. It wasn’t the high profile one investors had taken a punt on but the £55 million purchase of a financial services business.

There are clear parallels with the kind of speculation currently evident around Wall Street-listed SPACs like Churchill Capital Corp. IV. Another warning sign is evident in the chart below. The last time there was a surge in SPAC activity was 2007. 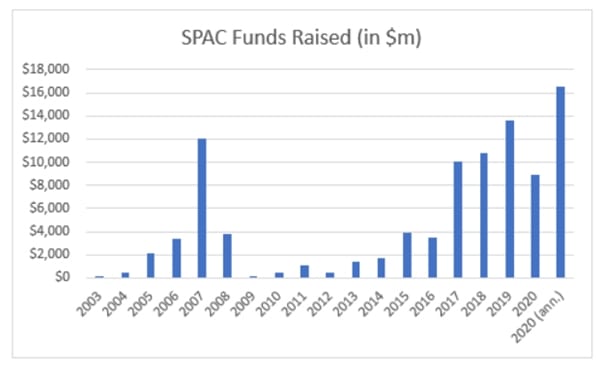 It is important to note that SPACs have generally become more popular because they can make a lot of sense for the kind of high growth tech and biotech companies there are many more of compared to 22 years ago.

And there is a significant difference between the tech companies of 2020 and 2021 and the internet companies. The vast majority of those going public today do have significant revenues, even if many have had enough VC and private equity backing to be able to prioritise growth over the need to make a profit.

When the dotcom bubble was blowing up, many of the internet companies being valued at hundreds of millions to billions of dollars weren’t even fully operational and still in the idea stage. Those that were often generated measly revenues with ecommerce and other online business models still in their infancy and targeting a very limited pool of potential early adopter customers.

Optimists see the current boom in SPAC IPOs as simply a sign of a booming bull market making use of a convenient mechanism.

Pessimists see it as a red warning light frenzied speculation is leading stock markets towards a new dotcom crash two decades after the original.

Should you be taking more or less risk...

Is nuclear fusion the key to a clean...

Another tax year has come and gone and hopefully, you used up as much... END_OF_DOCUMENT_TOKEN_TO_BE_REPLACED

It’s the end of another tax year and the ISA deadline is upon us.... END_OF_DOCUMENT_TOKEN_TO_BE_REPLACED

In the run-up to Deliveroo’s market debut this week, much of the noise around... END_OF_DOCUMENT_TOKEN_TO_BE_REPLACED