Why did the Morrisons takeover battle go to auction? UK M&A rules and the role of the Takeover Panel 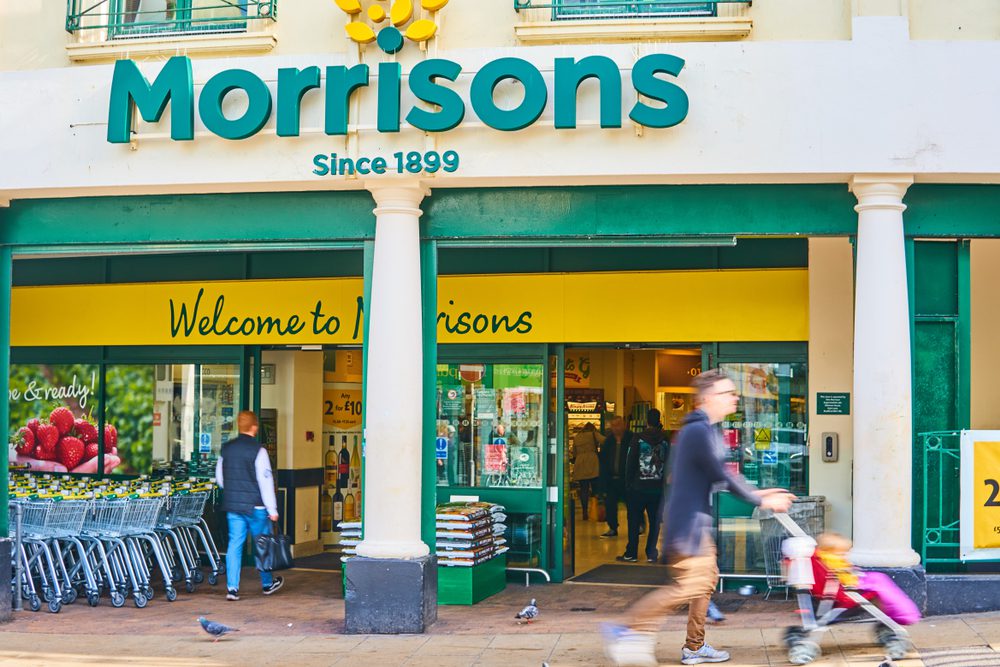 The dust has almost settled on the months-long takeover battle between U.S.-based private equity groups for control of Morrisons, the UK’s fourth largest supermarket chain. In the end, after a series of bids starting in June with a rejected £5.5 billion offer, the private equity consortium led by Clayton, Dubilier & Rice, who made that first bid, won control of Bradford-based WM Morrison Supermarkets.

Timeline of the Morrisons takeover battle

The battle for control of Morrisons kicked off on June 14 this year when CD&R broke cover to make an unsolicited bid of 230p-a-share for the supermarket chain. At the time the Morrisons share price was hovering around 176p-a-share, which meant CD&R’s bid represented a 30% premium of the grocer’s market capitalisation.

By June 17th the Morrisons board had rejected the initial bid by CD&R as significantly undervaluing the company. At this point, the offer still wasn’t public knowledge. When news of the rejected CD&R bid did break on June 19th, the Morrisons share price leapt to start Monday trading at 240.2p-a-share from a Friday closing value of 178.45p – a jump of almost 35%. 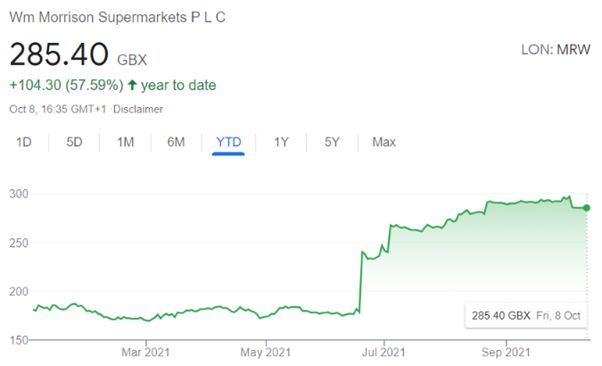 CD&R didn’t, however, come back with a new bid until after a July 3rd offer from rival American private equity group Fortress International, which offered the Morrisons board 252p-a-share. The board accepted the bid and recommended it to shareholders but leveraged interest from a third American PE group, Apollo Global Management, making it public on July 5th that serious interest had been communicated.

On July 22nd the scheme document outlining Fortress’ offer was published and the Takeover Panel set an August 16th date for Morrisons’ shareholders to vote on the offer. The Takeover Panel then gave CD&R until August 9th to announce a firm intention to make their own new counter offer or walk away.

After several major Morrisons investors, including Silchester (the biggest single shareholder) and M&G went public to state they were not inclined to vote for the Fortress offer at its current level it was raised to 272p-a-share. The increased offer sees the shareholder vote pushed back to August 27th and CD&R’s ‘put up or shut up’ deadline extended to August 20th by the Takeover Panel.

On August 19th CD&R puts a 285p-a-share bid on the table which leads to the Morrisons board withdrawing its support of the Fortress bid and rescheduling the shareholder vote to October 4th – 46 days from accepting the CD&R bid.

That 46-day term is stipulated by the Takeover Panel Code as the period within which a previous bidder must make a new takeover bid.

Why was an auction the agreed resolution to the bidding for Morrisons?

After CD&R’s new August bid, Fortress had until October 19th to table a new competing offer, or admit defeat by declaring its previous offer as the highest it would bid. However, by this point, it was in the interests of all parties to bring matters to a head and reach a decision. If Fortress had bettered CD&R’s offer in October, the bidding process would have been stretched out again to allow the latter the opportunity to respond. It was time for the distraction to end and for Morrisons’ board to be able to get back to running the business.

The Takeover Code’s Rule 32.5 states that a “competitive situation” between rival bidders attempting to acquire a London listed company can be prevented from dragging on to the detriment of shareholders in the target company through an auction process. The auction process’s default structure is laid out in Appendix 8 of the Takeover Code but is usually replaced by a mutual agreement between the Takeover Panel, bidding companies and target companies.

On September 29th, the Takeover Panel released a document outlining an agreement between the two competing interested parties of CD&R and Fortress, for the takeover battle to be decided by an auction. The decision was explained with:

“On the basis that neither offeror has declared its offer final, such that either offer may be increased or otherwise revised, a competitive situation continues to exist for the purposes of Rule 32.5 of the Takeover Code (the “Code”).”

“In order to provide an orderly framework for the resolution of this competitive situation, and in accordance with Rule 32.5 of the Code, the Panel Executive has, at the request of the parties, established an auction procedure in the terms set out below. Each of the parties has accepted these terms and accordingly the auction procedure set out below shall be applied (and the procedure set out in Appendix 8 of the Code shall not apply).”

Morrisons, Fortress and CD&R agreed to a five-round auction to take place on Saturday, October 2nd and follow the rules:

“If the auction procedure has not concluded after these three further rounds (which it will if no increased bid is made in a round), there will be a fifth and final round, in which both offerors may make an increased bid.”

“Additionally, in the fifth and final round of the auction procedure, it will be a requirement that any increased bid lodged by Fortress must be at an “even” number of pence and any increased bid lodged by CD&R must be at an “odd” number of pence. Further, in the fifth and final round, each offeror is permitted to make its offer subject to a condition that the other offeror also makes a bid in that round.”

In the end, CD&R won the auction with a bid of 287p-a-share, valuing Morrisons at £7.1 billion. Fortress International’s final bid was 286p-a-share.

What is the role of the Takeover Panel in M&A activity involving London-listed companies?

The Takeover Panel, or Panel on Takeovers and Mergers to give it its full, official name, is:

“is an independent body, established in 1968, whose main functions are to issue and administer the City Code on Takeovers and Mergers (the “Code”) and to supervise and regulate takeovers and other matters to which the Code applies. Its central objective is to ensure fair treatment for all shareholders in takeover bids.”

Essentially, the Takeover Panel is the regulatory body that makes sure M&A activity involving London-listed companies is conducted according to the rules of the Takeover Code.

Auctions are a relatively rare conclusion to takeover battles but have taken place on a number of occasions such as concluding the bidding war between Fox and Comcast that saw the latter acquire Sky in 2018. On that occasion, the auction was also privately agreed to between the Takeover Panel, Sky, Fox and Comcast in the interests of drawing a line under what had become a protracted process.

There has yet to be an occasion when the default auction scenario and rules laid out in Appendix 8 of the Takeover Code have had to be fallen back on with auctions to have taken place so far all being privately agreed to between stakeholders.

A little over a week into 2022 we’ve already experienced some major market movements.... END_OF_DOCUMENT_TOKEN_TO_BE_REPLACED

One of the FTSE 100’s current disadvantages, when it has come to attracting international... END_OF_DOCUMENT_TOKEN_TO_BE_REPLACED

Did you know you could build wealth by investing in Lego? A study suggests... END_OF_DOCUMENT_TOKEN_TO_BE_REPLACED

With most major stock markets around the world spending time at or near record... END_OF_DOCUMENT_TOKEN_TO_BE_REPLACED

For years, Baillie Gifford’s technology funds have been driving outsized returns for the mainly... END_OF_DOCUMENT_TOKEN_TO_BE_REPLACED