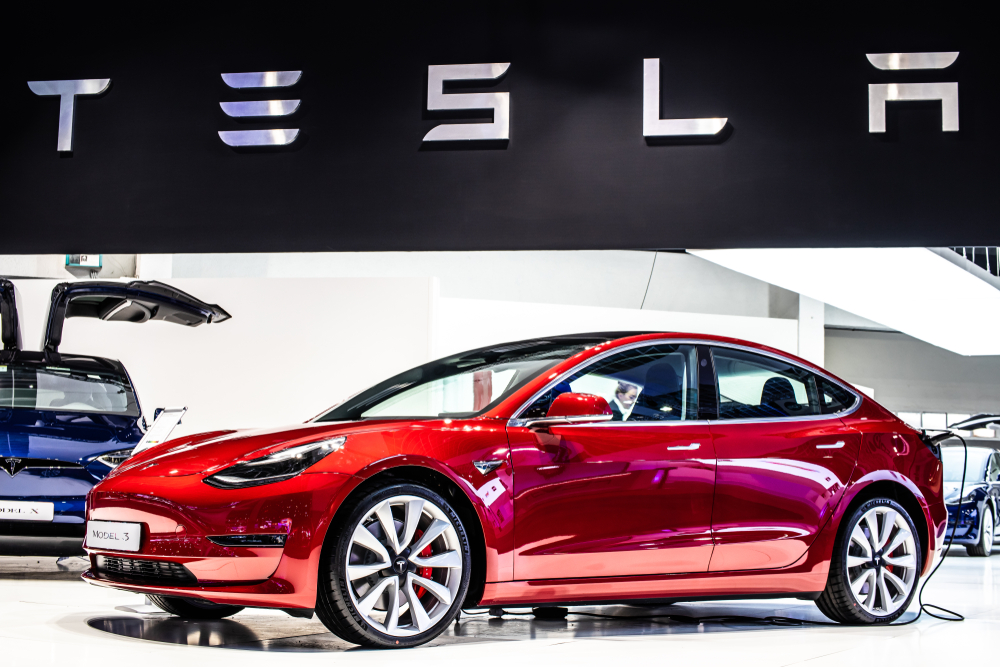 Elon Musk’s propensity for impacting the share price of Tesla via his use of the microblogging social media platform Twitter shows little sign of abating despite the hot water it has already gotten him into with regulators. Over the weekend he set up a Twitter poll to ask his social media following to vote on whether or not he should sell 10% of the stock he holds in Tesla, which would be worth around $20 billion at the company’s current valuation.

Musk framed his poll against the backdrop of a proposal from the Biden Democratic administration to tax the USA’s billionaires on the long-term capital gains of tradable assets, whether or not they have been sold.

Critics of the proposal, including Musk, point out it would mean capital gains tax being paid on assets that could potentially be worth much less at the point they are actually cashed in. Proponents answer that the richest individuals in the country are escaping having to pay taxes on much of their vast wealth by holding it in tradable assets. That, the argument goes, also creates dynasties by allowing huge sums of wealth to be passed down through generations with only minimal dilution from inheritance tax.

Around 700 U.S. billionaires, including Musk, would expect to be hit with major tax bills if the proposal is passed into law. In announcing his Twitter poll asking followers if he should sell 10% of his holding in Tesla or not he said:

“Note, I do not take a cash salary or bonus from anywhere. I only have stock, thus the only way for me to pay taxes personally is to sell stock. Much is made lately of unrealised gains being a means of tax avoidance, so I propose selling 10% of my Tesla stock.”

When the poll closed on Sunday night the poll, the results of which Musk vowed to adhere to, had received 3.52 million responses, with 57.9% favouring the proposal to sell the shares.

The move did, however, attract criticism from investors with one Twitter followe responding to Musk:

“You do realise that Tesla stock will now tank on Monday because of this, thus ending the awesome run the stock has made the last month. Posts like this are taking money out of the pockets of the people who have believed in you and your company the most.”

The point being made was that upper management making major sales of company stock tends to see share prices fall. That’s usually because it’s interpreted as a lack of faith in the company’s prospects. In Musk’s case, that is unlikely to be the interpretation and any sale of that number of shares would almost certainly be made via private placements and in stages.

There is also a suspicion that regardless of the outcome of his Twitter poll Musk would have been obliged to start cashing in stock to meet tax obligations. In 2012 he was awarded options on 22.8 million shares at $6.24 per share. Tesla shares closed at $1,222.09 on Friday, meaning his current gain on the options is just under $28 billion.

The options expire next August which means if Musk wishes to take them up, which he presumably does, he’ll have to pay income tax on the gain. In total, he will be liable for

Musk has also earned plenty more stock options since 2012. In 2018 he was awarded a huge “CEO performance award” by the Tesla board of 101.3 million stock options to be issued in 12 target-based tranches.

That the international travel sector is, thanks to the Covid-19 pandemic, in a bit... END_OF_DOCUMENT_TOKEN_TO_BE_REPLACED

With a growing number of economists arguing there is a high chance we are... END_OF_DOCUMENT_TOKEN_TO_BE_REPLACED

While most still caveat the argument with the get-out clause it is far from... END_OF_DOCUMENT_TOKEN_TO_BE_REPLACED

Natural gas prices have rocketed with Russia accused of managing supply to drive up... END_OF_DOCUMENT_TOKEN_TO_BE_REPLACED

After their valuations boomed in 2020, the UK’s online fast-fashion giants of Asos and... END_OF_DOCUMENT_TOKEN_TO_BE_REPLACED