A high profile blow has been struck for workers around the world reluctant to give up work-from-home models introduced during the pandemic with news Apple’s artificial intelligence boss has quit over the tech giant’s demand he returns to the office three days a week. Apple chief executive Tim Cook has been a vocal advocate of the benefits of in-person collaboration and has taken a stricter line than many other technology companies.

The iPhone maker recently told staff that they should start returning to the office at least one day a week from early April and be spending at least Monday, Tuesday and Thursday there by the end of May. They can work from home if they wish on Wednesdays and Fridays. 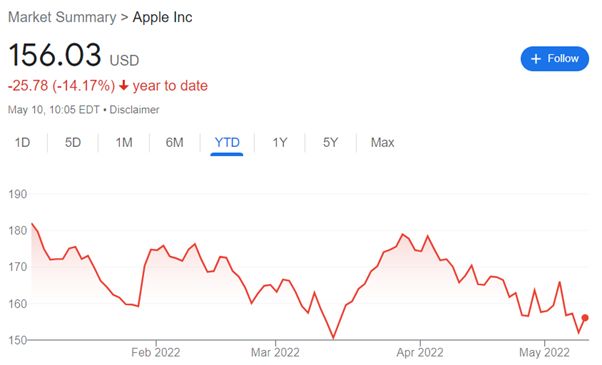 Other tech giants like Facebook and Instagram owner Meta and Airbnb, which doesn’t even require staff to work from the same country their employment contract is in, have taken a more flexible approach.

The voices for and against work-from-home flexibility have been involved in fierce debate over recent months. Many managers, and even staff, believe that even the best digital communication tools and systems do not replace the advantages of in-person collaboration and interaction with team members and other colleagues in the workplace.

Others insist remote work can be just as productive and results-oriented as office work. And that companies who insist on forcing employees back to the office will become uncompetitive when it comes to retaining and attracting top talent who have a choice.

At least when it comes to its director of machine learning, poached from Google in 2019 in what was considered a coup at the time, Apple has fallen foul of that latter prediction of the work-from-home lobby. Ian Goodfellow, who is based in the USA, has reportedly resigned rather than return to an Apple office three days a week. The Verge technology magazine reports Mr Goodfellow sent staff a goodbye note which pointedly stated:

“I believe strongly that more flexibility would have been the best policy for my team.”

As well as holding a key strategic role at Apple as director of machine learning, Mr Goodfellow is one of the world’s best known AI authorities and the company’s most cited expert in the field. Before making the leap from Google to Apple he developed a system for Google Maps that allowed the application to work out addresses from Google Street View photographs.

Despite his loss undoubtedly being a blow to Apple, Cook is unlikely to backtrack on his office-presence strategy for the technology giant. He has in the past explained why he doesn’t see work-from-home as in the company’s long term interests, last year writing to staff:

“For all that we’ve been able to achieve while many of us have been separated, the truth is that there has been something essential missing from this past year: each other. Video conference calling has narrowed the distance between us, to be sure, but there are things it simply cannot replicate.”

A corporate culture divide between employers who are flexible on or even exclusively work-from-home is shaping up and likely to run for the next few years at least.