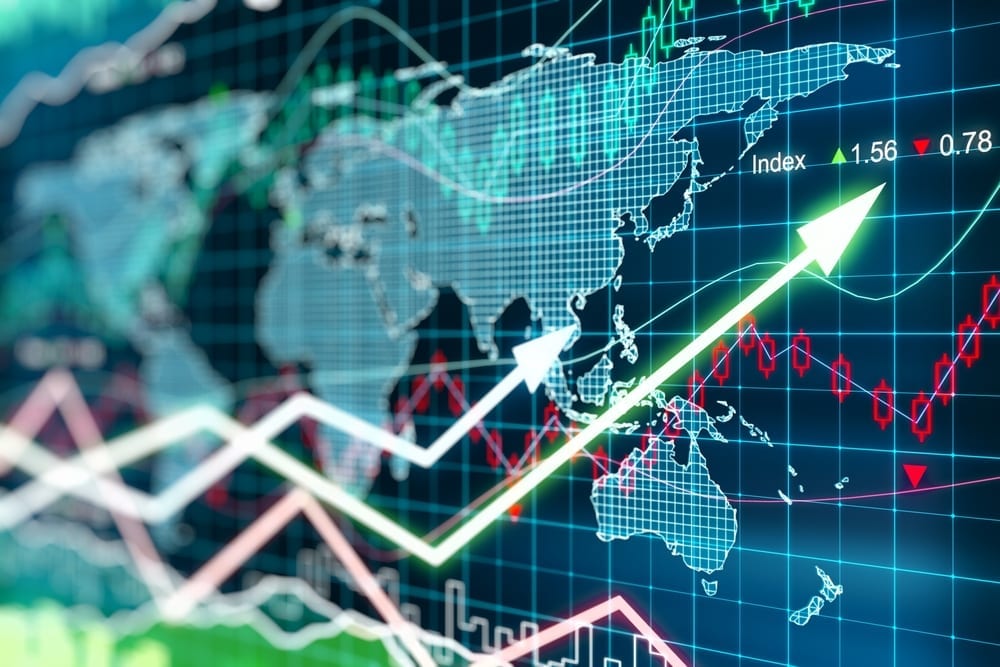 Stock markets across the world jumped on Monday, following encouraging coronavirus data, while oil prices tumbled due to a delay in talks between Saudi Arabia and Russia to cut supply

World stock markets jumped on Monday, encouraged by slowdowns in coronavirus-related deaths and new cases in some global hot spots, while oil prices tumbled again due to a delay in talks between Saudi Arabia and Russia to cut supply.

The U.S. dollar was little changed against a basket of peers and sterling turned negative versus the greenback and euro after news that UK Prime Minister Boris Johnson was moved to intensive care as he grew sicker with COVID-19.

Equity investors were encouraged as the death toll from the virus slowed across major European nations, including France and Italy.

In New York State, Governor Andrew Cuomo said that despite an increase in the number of cases and deaths, a daily decline in new hospitalizations and other data suggested a possible plateau in the crisis.

It is definitely not going to be a one-way street but this potentially could be a turning point; we are starting to get some good news and hopefully that trend will continue, said Peter Jankovskis, co-chief investment officer at OakBrook Investments LLC in Lisle, Illinois. But that is not to say it is going to be a smooth path. We all know from the recovery we experienced after the 2008 financial crisis there is always a potential for a negative development to cause the market to pull back again.

U.S. officials have braced the country for a “peak death week” from the pandemic, with the death toll topping 10,000.

The global economy will continue to feel the effects of the measures taken to slow the spread of the virus. Investor morale in the euro zone fell to an all-time low in April and the currency bloc’s economy is in deep recession due to the coronavirus, which is “holding the world economy in a stranglehold,” a Sentix survey showed.

Never before has the assessment of the current situation collapsed so sharply in all regions of the world within one month, Sentix Managing Director Patrick Hussy said.

Despite the day’s strong equities gains, caution was not cast aside.

A lot of uncertainty is still in the air and there is no clear timeline for when any of these economies will be reopened, which is the most important variable for markets.

U.S. crude dropped sharply following two sessions of double-digit gains after Saudi Arabia and Russia, at odds over production, postponed a meeting of the Organization of the Petroleum Exporting Countries and its allies, or OPEC+, until Thursday instead of Monday.

Perhaps it is best that the meeting was delayed for producers to cement a minimum of common ground before the actual discussions take place on Thursday, BNP Paribas analyst Harry Tchilinguirian said.

The market was further weighed down by a report from data provider Genscape that inventories at the Cushing storage hub in Oklahoma, the delivery point for WTI, rose by about 5.8 million barrels last week, traders said.

In currency markets, the yen weakened 0.60% versus the greenback at 109.16 per dollar and also slipped against other major currencies as Japanese Prime Minister Shinzo Abe said the government would declare a state of emergency as early as Tuesday to curb a spike in coronavirus infections.

The dollar gained ground against the euro while the pound slipped after news of Johnson’s move to the ICU. British Foreign Secretary Dominic Raab is designated to take over leadership of the country if Johnson is unable to fulfil his role.

Clearly the pound has weakened and that reflects the uncertainty and clarity over how much authority Raab will have, said Chris Scicluna, head of economic research at Daiwa in London. From an economic point of view there’s unlikely to be much change. But if and when there are difficult decisions to be made, the lack of guidance at the top could be concerning.

Lou Brien, a strategist at DRW Trading in Chicago, said Wall Street’s upward trajectory was “the first and last reason why Treasuries are lower in price and higher in yield this morning.”

A little over a week into 2022 we’ve already experienced some major market movements.... END_OF_DOCUMENT_TOKEN_TO_BE_REPLACED

One of the FTSE 100’s current disadvantages, when it has come to attracting international... END_OF_DOCUMENT_TOKEN_TO_BE_REPLACED

Did you know you could build wealth by investing in Lego? A study suggests... END_OF_DOCUMENT_TOKEN_TO_BE_REPLACED

With most major stock markets around the world spending time at or near record... END_OF_DOCUMENT_TOKEN_TO_BE_REPLACED

For years, Baillie Gifford’s technology funds have been driving outsized returns for the mainly... END_OF_DOCUMENT_TOKEN_TO_BE_REPLACED