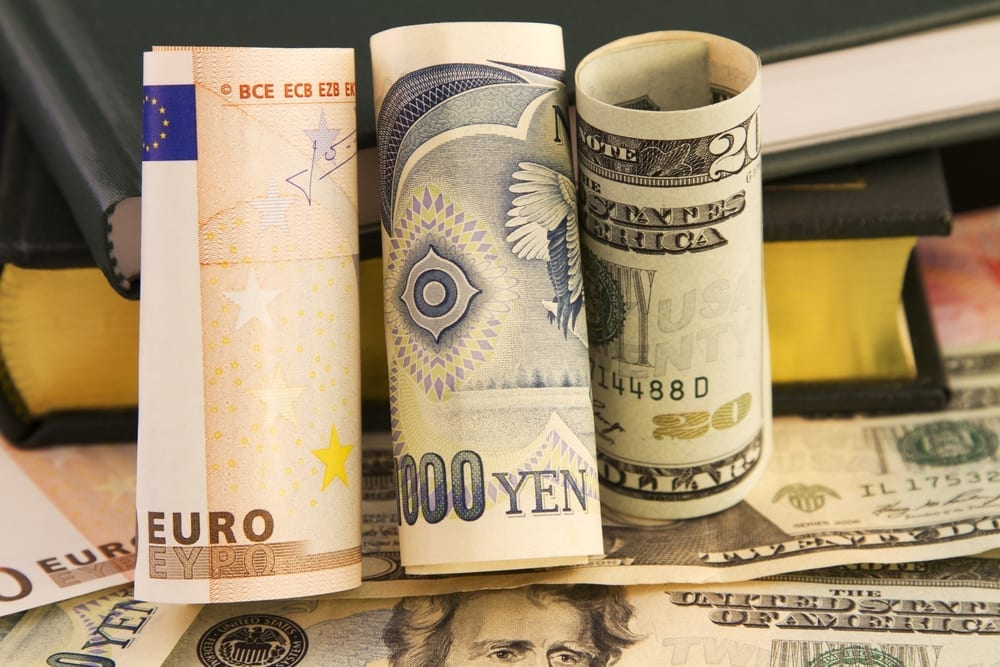 The safe-haven yen and the euro jumped after U.S. treasury yields dropped and export sensitive currencies fell to multi-year lows on Monday as investors sought safety amid coronavirus worries

The yen jumped more than 3% to a day high of 101.69 per dollar, its highest in three years and the sharpest daily jump since mid-2016. The euro rose more than 1.4% to an almost two-year peak of $1.1452. The Australian and New Zealand dollars both lost more than 2%, with the Aussie hitting a fresh 11-year low.

Against the yen, the Aussie and Kiwi lost more than 5%. It is totally wild, said Shafali Sachdev, head of FX Asia at BNP Paribas Wealth Management in Singapore. Stops are being triggered at every level, she said.

This is not a train I want to be getting in front of, and how long it continues and where it goes from here is going to depend on how the situation evolves, she added, saying further stock market falls could drive even bigger moves in funding currencies. The number of people infected with the coronavirus has topped 107,000 across the world as the outbreak reached more countries and caused more economic disruption.

Market panic was exacerbated by a collapse in oil prices, which dropped more than 20% after the world’s top exporter, Saudi Arabia, vowed to cut prices and raise its production significantly. The yield on 10-year U.S. Treasuries went under 0.5% for the first time, amid a rush for the safety of bonds.

That undermines the dollar by all but sinking one of the most popular carry trades globally – borrowing at negative rates in euro or yen to buy U.S. assets. The yen’s jump drew concern in Japan, with a senior finance official telling reporters that authorities were closely watching trade.

Meanwhile, the oil price fall made for withering drops in oil exporters’ currencies. The Mexican peso fell as far as 6% against the dollar. The Canadian dollar fell more than 2% to 1.3690 per dollar, its lowest since 2017.

The Norwegian krone shed 3% to hit a record trough and the Russian rouble plunged by 5% to its lowest in nearly four years.

Oil prices plunge amid concerns over dispute among producers

A little over a week into 2022 we’ve already experienced some major market movements.... END_OF_DOCUMENT_TOKEN_TO_BE_REPLACED

One of the FTSE 100’s current disadvantages, when it has come to attracting international... END_OF_DOCUMENT_TOKEN_TO_BE_REPLACED

Did you know you could build wealth by investing in Lego? A study suggests... END_OF_DOCUMENT_TOKEN_TO_BE_REPLACED

With most major stock markets around the world spending time at or near record... END_OF_DOCUMENT_TOKEN_TO_BE_REPLACED

For years, Baillie Gifford’s technology funds have been driving outsized returns for the mainly... END_OF_DOCUMENT_TOKEN_TO_BE_REPLACED