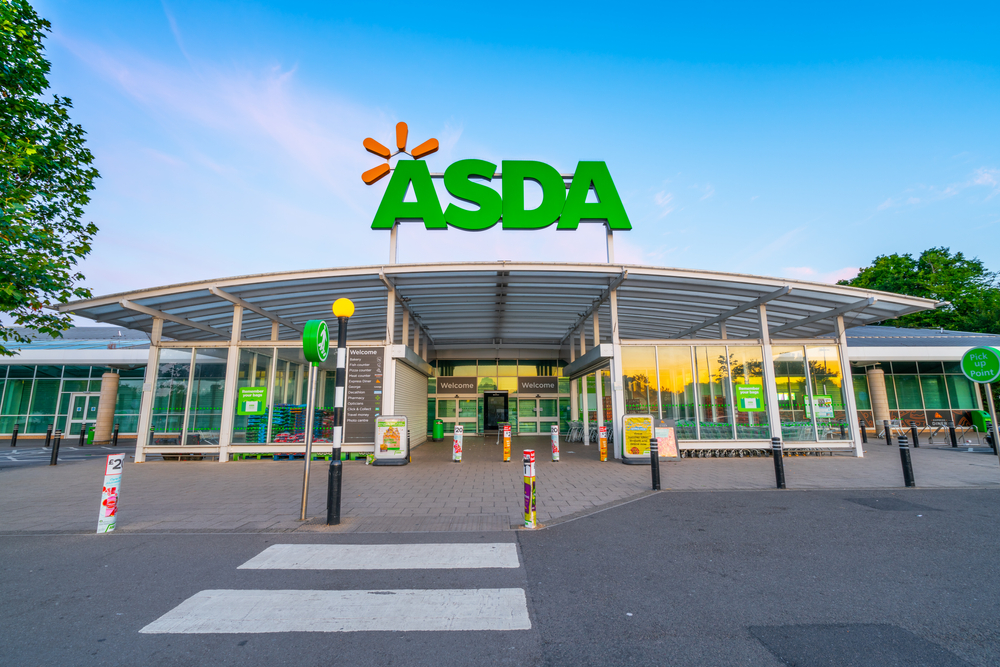 The tie-up comes after a year in which most major supermarkets announced partnerships with fast delivery companies, with some claiming to deliver orders within an hour of ordering

Just Eat Takeaway customers will be able to order Asda groceries from next year via the food delivery platform.

The tie-up comes after a year in which most major supermarkets announced partnerships with fast delivery companies, with some claiming to deliver orders within an hour of ordering.

From January, 1,000 Asda products, including fresh groceries, from five of its stores will be available to buy from Just Eat app, with the store locations to be announced in the New Year.

However, the Asda deal is Just Eat’s first tie-up with a UK supermarket and it comes after criticism that the group had been slow to respond to similar moves by competitors.

It follows rivals like Deliveroo and Uber who have already made partnerships with UK supermarkets in a bid to cash in on rising demand for grocery deliveries during the pandemic.

Deliveroo customers can order groceries and other products from Waitrose, Sainsbury’s, Aldi and Morrisons, while Uber has got partnerships with Shell, Asda and Sainsbury’s.

The past year has also seen a flurry of new fast delivery grocery firms such as Gorillas, Getir, Weezy and Fancy, with most of them promising to deliver groceries to customers’ door in an hour or less.

Asda has already trialled a rapid grocery delivery service in its Byker store, in a tie-up with Uber Eats.

Just Eat already has more than 10,000 grocery and convenience store partners on its platform internationally, including brands such as Spar and Shell.

A little over a week into 2022 we’ve already experienced some major market movements.... END_OF_DOCUMENT_TOKEN_TO_BE_REPLACED

One of the FTSE 100’s current disadvantages, when it has come to attracting international... END_OF_DOCUMENT_TOKEN_TO_BE_REPLACED

Did you know you could build wealth by investing in Lego? A study suggests... END_OF_DOCUMENT_TOKEN_TO_BE_REPLACED

With most major stock markets around the world spending time at or near record... END_OF_DOCUMENT_TOKEN_TO_BE_REPLACED

For years, Baillie Gifford’s technology funds have been driving outsized returns for the mainly... END_OF_DOCUMENT_TOKEN_TO_BE_REPLACED