Is Tech Super-Investor Baillie Gifford Cutting Its Stake In Tesla A Warning To Heed? 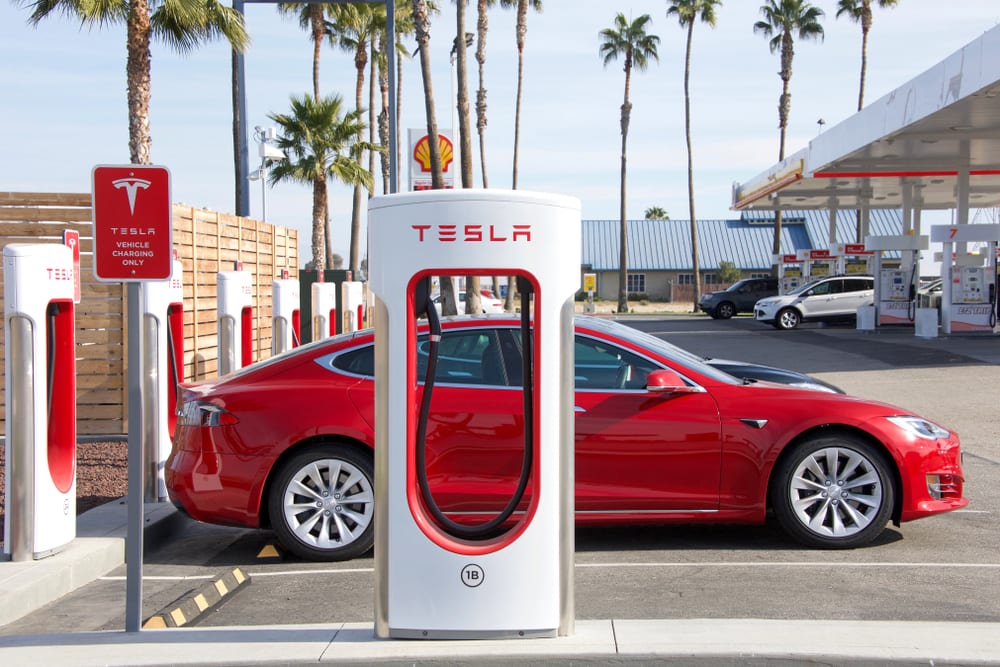 As the Tesla share price has soared this year, up circa. 500% over the course of 2020, it has been another major boost for the returns of investors in Edinburgh-based fund management group Baillie Gifford. Baillie Gifford’s flagship fund Scottish Mortgage has consistently been among the top performing UK funds over the last decade and more.

Much of that success has been down to its often early-stage investments in U.S. tech giants, with Tesla a prime example. Baillie Gifford is Tesla’s biggest investor after CEO Elon Musk. The Scottish Mortgage fund’s investors have benefitted to the tune of about $17 billion this year on the back of Tesla’s giddy share price gains from $86 in early January to over $450 early this week. 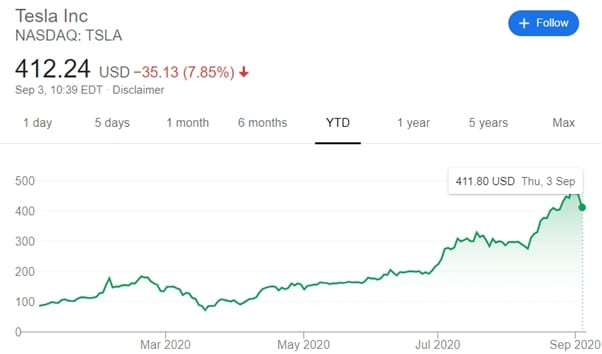 But Baillie Gifford has moved to cut its stake in the electric car technology and manufacturing company. The company yesterday announced that it has cut its ownership stake in the company back to 4.25%. That compares to the 6.32% stake the fund manager held in Tesla at the end of June and 7.67% holding as of the end of February. At its peak, in December 2016, Baillie Gifford held 8.6% of Tesla. Elon Musk owns about 18% of the company.

Baillie Gifford explained its move as motivated by the priority of not leaving its investors “over exposed” to Tesla. Strategically, the move makes sense and banking the huge gains on the shares sold over the past couple of months will almost certainly be approved by investors as astute housekeeping and sensible risk management. Especially in the context of concerns that the Tesla share price has lost touch with the reality of the company’s fundamentals, despite its promise.

Tesla has become the most valuable car manufacturer in the world, worth more than companies such as Toyota and U.S. rivals General Motors, Ford and Fiat Chrysler combined. That’s despite the fact all of those companies sell many times more cars than Tesla does, banking multiples of its revenues and profits. But Tesla is judged by markets as more of a technology company than car manufacturer, with investors more focused on its intellectual property than numbers of vehicles sold.

Baillie Gifford, as an institutional investor offering funds to retail investors, is obliged by regulatory requirements to maintain diversification in its investments. It is prohibited from over exposing its clients to any single stock. Tesla’s spectacular gains had increased the fund’s holding’s weighting above permitted levels, obliging the fund manager to sell. But there may well be the suspicion the time was right in any case.  Until the recent sale of some of the Tesla holding, its weighting had increased to over 13% of the Scottish Mortgage fund.

Baillie Gifford’s James Anderson was at pains to emphasise that the decision to sell down the fund’s stake in Tesla was due to regulatory requirements rather than a loss of faith in the stock’s short term potential to record further gains. He said:

“The substantial increase in Tesla’s share price means that we needed to reduce our holding in order to reflect concentration guidelines, which restrict the weight of a single stock in clients’ portfolios. However, we intend to remain significant shareholders for many years ahead.”

He emphasised that faith by insisting that Scottish Mortgage would not hesitate to increase its holding again, reflecting its long-term faith in Tesla, should the Tesla share price suffer any “serious setbacks”, in the future.

Perhaps as a result of the other investors deciding Baillie Gifford scaling back its exposure to Tesla was also influenced by a feeling its share price may have peaked for now, or a general drop in equities markets today, the stock has today dropped by almost 8%.