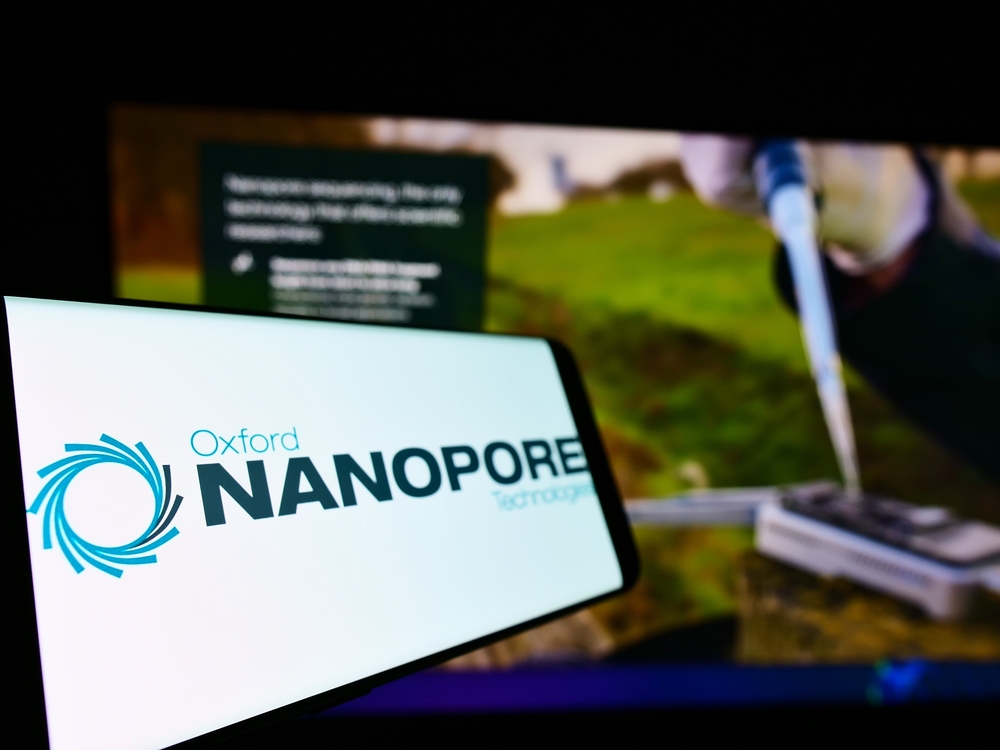 The Oxford Nanopore Technologies share price has risen by over 5% today after the UK’s star biotech company raised its revenue guidance for a second time in several weeks. The gene sequencing company listed via a £3.4 billion IPO in late September that raised around £350 million in fresh capital. Shares that were sold at 425p during the IPO are currently trading at 574p as the London session draws to a close. Their record high was 615p-a-share and set shortly after the company debuted on the London Stock Exchange.

The company is upping its revenue guidance again after sealing a new contract with Abu Dhabi-based G42 Laboratory, which is part of the UAE-founded AI company G42. G42 Laboratories has awarded Oxford Nanopore a new 36-month contract worth about $68 million that will see the biotech firm provide gene-sequencing devices and other support services. 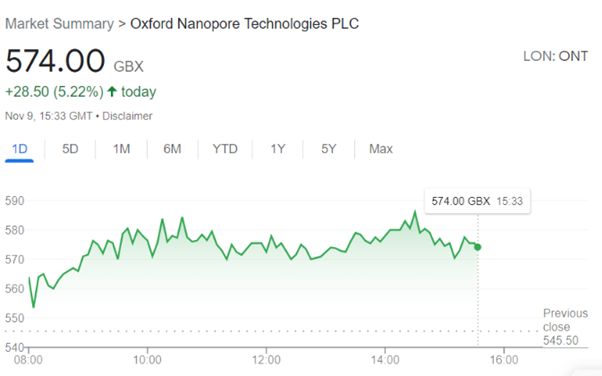 Parent organisation G42 is also a significant shareholder in Oxford Nanopore and according to financial markets data company Refinitiv holds a stake of around 5.4%. The company also accounted for 17.5% (£10.3 million) of Oxford Nanopore’s Middle East revenues over the first half of the year.

G42 Labs will now rely on devices and support from Oxford Nanopore for a large-scale state-backed human genomics programme. The programme had been scheduled to expire this year but has now been extended by the Emirati department of health. The target is to sequence the genetic make-up of the entire “founder” population of those considered native to the UAE region, around 1.1 million people.

Oxford Nanopore said the project’s goal is the pursuit of “scientific understanding and to [explore] improved health delivery for the region”.

The new contract will feed into revenues from next next year meaning previous guidance of revenues generated by Oxford Nanopore’s core life science and research tools business remains unchanged at £105 million to £111 million. That already represents growth of 60%-70% on revenues generated last year and was raised last month.

Oxford Nanopore was spun out of the University of Oxford in 2005 and offers gene sequencing technology and support services that enable customers to carry out research in areas from genetics to cancer research and viral mutations. The company has offices in the Oxford Science Park in the UK, Shanghai, Beijing and San Francisco. Roughly 500 of its approximately 640 full-time staff are based in Britain.

That the international travel sector is, thanks to the Covid-19 pandemic, in a bit... END_OF_DOCUMENT_TOKEN_TO_BE_REPLACED

With a growing number of economists arguing there is a high chance we are... END_OF_DOCUMENT_TOKEN_TO_BE_REPLACED

While most still caveat the argument with the get-out clause it is far from... END_OF_DOCUMENT_TOKEN_TO_BE_REPLACED

Natural gas prices have rocketed with Russia accused of managing supply to drive up... END_OF_DOCUMENT_TOKEN_TO_BE_REPLACED

After their valuations boomed in 2020, the UK’s online fast-fashion giants of Asos and... END_OF_DOCUMENT_TOKEN_TO_BE_REPLACED