Expecting A Bonus This Year? Make Sure You Know How To Minimise The Tax & Avoid Losing Benefits 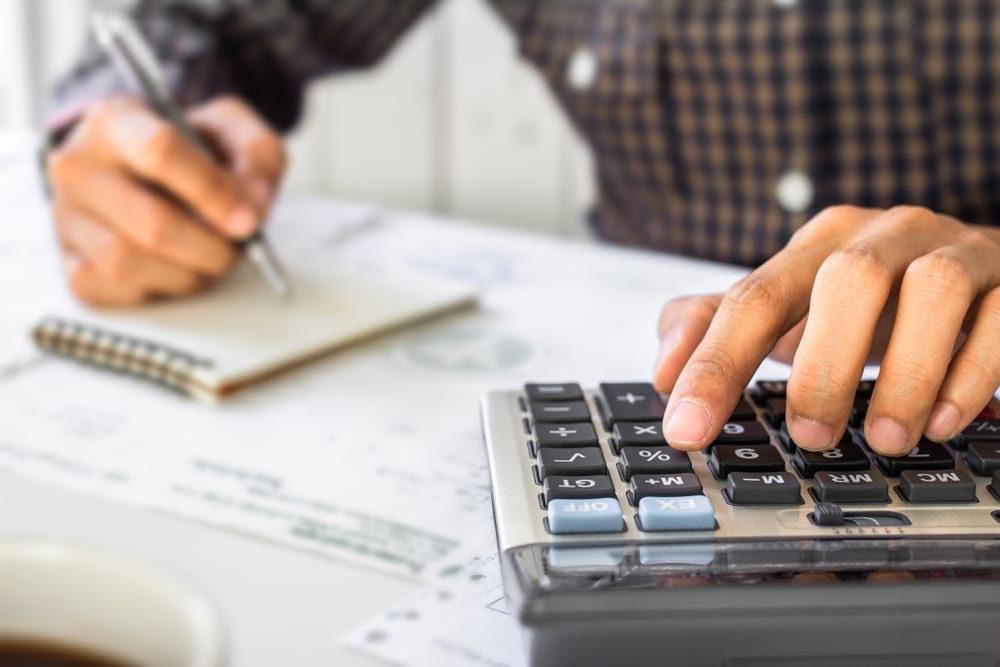 We’re now firmly in bonus season, which will see an estimated £50 million paid out on top of basic salaries before the end of the tax year in April. The average bonus payment in the UK comes in at £1600, which is unlikely to have major tax implications. But if you have earned yourself a bigger bonus in the 5, 6 or even 7 figures, that is a very different story.

If you don’t take the right steps, a bonus of five figures or more could quite easily end up costing you a significant amount of money in additional tax or lost benefits. Every year thousands are pushed into a new tax bracket by a bonus, or end up with a pensions headache. Make sure you are prepared to make the most of your 2020 bonus in the most tax efficient way!

Let’s take a look at some of the most common pitfalls associated with a bonus, as well as steps you can take to make sure you avoid them.

Make Sure You Don’t Move Up A Tax Bracket

That effectively means that child benefit is lost if either parent earns over £60,000 so is a threshold to keep a careful eye on when it comes to bonus season.

As well as 30 hours of free child care a week, adding up to 1,140 hours a year, working parent can also qualify for additional tax free child care. This sees the government contribute £2 for every £8 spent on qualifying child care services. However, neither parent should earn over £100,000 a year to qualify for these child care benefits. Both parents must also work at least 16 hours a week.

Were a bonus to tip one parent over £100,000, the family loses the entire HMRC contribution to tax free child care and the 30-hours free allowance.

After an individual’s income passes the £150,000 level, the £40,000 per annum tax free pension allowance is gradually reduced to a minimum of £10,000 from £210,000 and higher. That means if you are expecting a bonus that will see you annual income go above £150,000, you should be carefully planning how to manage it in a way that won’t see your pension allowance reduced.

Make Sure You Avoid A Tax Code Mix-Up

Every year, HMRC overcharges around £4 billion in income tax because it gets the tax code wrong for at least one salary over a calendar year. Getting hit by a different tax code being applied is particularly likely for anyone being paid by PAYE who receives a one-off annual bonus.

HMRC can misinterpret this as a general pay rise and change up your tax code for that or following months. Yes, the error will be rectified if pointed out, or picked up when your pay packet drops back to the usual level in subsequent months.

You can avoid all of the above by asking your employer to divert all or some of a bonus into your pension. If a bonus is paid directly into a workplace pension scheme, especially if your employer operates a salary sacrifice scheme which deducts pension contributions before tax, you could well be able to reduce your income to below the level it tips you into a higher tax bracket. And you could get full tax relief on what has been paid into the pension as well as keeping you within benefit limits, like child benefit.

It does, of course, mean your bonus cash is tied up until you reach the age of at least 55. But if you don’t need it immediately for any specific reason, diverting a bonus straight into a pension fund could both save you a lot of tax. It could really boost your retirement pot as it will have years over which to accumulate compound returns. By delaying the gratification of spending any of your bonus until you can access your pension, you should also end up with a lot more money.

How Does A Bonus Waiver/Pension Sacrifice Work?

To have all or part of a bonus received as a pension contribution rather than in cash, you’ll have to inform your employer of that preference in advance. The agreed upon sum is then paid into your pension as an employer contribution, benefiting from National Insurance and Income Tax savings, as follows:

Other Non-Pension Contribution Options To Reduce Tax Paid On Bonuses

If you don’t want your bonus to go directly into your pension because your personal circumstances mean it won’t change your tax band, see you lose out on benefits or any other reason, what are the other options to optimise tax?

You could invest in ways that come with tax breaks, such as investing in start-ups registered with the EIS and SEIS schemes. These kinds of investments are risky but are supported by the government in the form of an income tax rebate as well as being Capital Gains and Inheritance Tax exempt. They also offer additional tax breaks if the investment ends up as a loss.

Another option is newly issued shares in a Venture Capital trust. VC trusts invest in start-ups and/or AIM-listed shares and offer income tax relief of 30% on investments of up to £200,000 per tax year. This relief is provided as a tax credit to set against your total income tax liability and, therefore, cannot exceed your total tax liability for the tax year. You won’t get this tax relief if you buy existing Venture Capital Trust shares.

You do have to hold shares in a VCT for at least five years to keep the income tax relief. If you have to sell them before then, you’ll lose this benefit.

You won’t pay any Capital Gains Tax on profits from selling your VCT shares, no matter how short a period you have held them provided the company maintains its VCT status.

A little over a week into 2022 we’ve already experienced some major market movements.... END_OF_DOCUMENT_TOKEN_TO_BE_REPLACED

One of the FTSE 100’s current disadvantages, when it has come to attracting international... END_OF_DOCUMENT_TOKEN_TO_BE_REPLACED

Did you know you could build wealth by investing in Lego? A study suggests... END_OF_DOCUMENT_TOKEN_TO_BE_REPLACED

With most major stock markets around the world spending time at or near record... END_OF_DOCUMENT_TOKEN_TO_BE_REPLACED

For years, Baillie Gifford’s technology funds have been driving outsized returns for the mainly... END_OF_DOCUMENT_TOKEN_TO_BE_REPLACED