Hedge Funds Release The Dogs On Ladbrokes And Coral

GVC, the owner of both the Ladbrokes and Coral bookmaker brands, has seen its share price lose over 4% today on weekend news billionaire hedge fund manager Ken Griffin upped his bets against the company. It is now the most ‘shorted’ FTSE 250 stock after the. Investors ‘short’ a company when they believe its share price will fall.

Shorters ‘borrow’ the company’s shares from investors who hold it and then sell them. They have to buy the shares back so they can be returned to the original owners, who receive a small fee in return. The bet is the share price of the shorted company drops between the borrower selling it and buying it back. They then pocket the difference, minus the fee paid to borrow the shares. 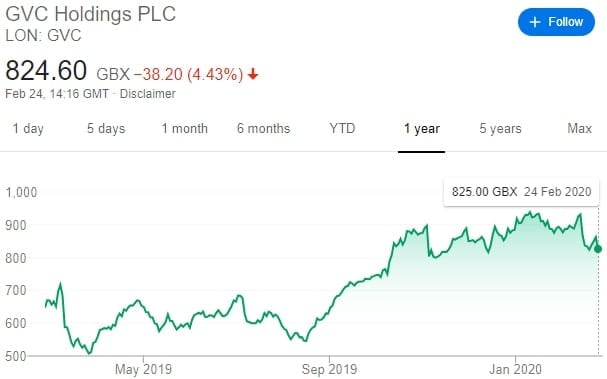 Shorters have turned their gaze towards the UK’s publically listed bookmakers, despite the optimism many investors have taken from the opening up of the U.S. sports betting market, because of a raft of new regulations companies in the space will have to contend with. In the UK the government’s crackdown on fixed-odds betting terminals found in high street bookmakers, which have seen their top stake slashed from £100 to £2 in recent months, has wiped millions off profits.

On Friday, GVC’s share price also slumped by 7% after Neil McArthur, chief executive of the UK’s gambling regulator, announced the possibility that the maximum stake allowed on online casino games could also be reduced to £2.

Regulators in other countries are also getting tougher on an industry that many believe isn’t doing enough to protect problem gamblers from themselves. And Germany, where GVC is the market leader with gross gaming revenue of £2.2 billion in 2018, is introducing a new national regulator for the online gambling sector.

Over the almost 13 years since Kenny Alexander took over as GVC’s CEO in 2007, the company’s share price has gained more than 800%. He bought up Bwin and Ladbrokes Coral over the period but standards of governance at the company have recently been called into question. GVC recently sold off the company’s Turkish business to a consortium of three businessmen, one of whom is Alexander’s partner in an unrelated business – a stud farm. The personal relationship was not disclosed to the market.

Alexander and Lee Feldman, GVC’s chairman, also last March offloaded £20 million in shares over one day, which resulted in a 20% drop in the company’s share price. He bought back £5 million in shares in August in a show of faith to investors.

That, and the hit new regulations are expected to put in bookmaker profits has seen around 3.6% of GVC shares, worth £180.2m, be taken out on loan to hedge funds. That is up from £85m at the beginning of the year, according to financial markets data company IHS Markit.

But GVC is not alone in being shorted, with hedge funds also banking on the share price of its London-listed peers sliding from their current levels. Flutter, the owner of Paddy Power and Betfair, has about 7.5% of its shares out on loan to hedge funds who believe its proposed deal with Stars Group may not go through. William Hill has 0.58% of its shares out on loan.

GVC has commented on the reports it is being targeted by Griffin and other shorters with the position that it sees the positions being taken against its share price as “unremarkable” within the current context of its sector. “It’s not for us to comment on the possible motivations of short-sellers,” it said.